Skip to content
The Minnesota Court of Appeals ruled Friday that a trial judge was wrong to refuse prosecutors’ request to add third-degree murder against former Minneapolis police officer Derek Chauvin, who is scheduled to be tried next week in the killing of George Floyd.

The court ruled that its Feb. 1 ruling in an unrelated third-degree murder case is precedential, and overturned a ruling by Hennepin County District Judge Peter Cahill that denied charging Chauvin with the count. The case has now sent the case back to Cahill, who previously said the decision was not precedential, for consideration of adding the charges.

“The district court has discretion to consider any additional arguments Chauvin might raise in opposition to the state’s motion,” said the Court of Appeals ruling. “But the district court’s decision must be consistent with this opinion.”

The ruling comes as Chauvin prepares to go on next Monday on charges of second-degree murder and manslaughter, and four days after the Court of Appeals heard arguments on the issue. It’s unclear, what, if any impact the ruling could have on the trial’s start date.

Veteran attorneys and legal scholars have said adding third-degree murder to the case could be a strategic move by prosecutors to give jurors more opportunities to convict Chauvin. The charge could be viewed by jurors as a middle-ground, some attorneys said. 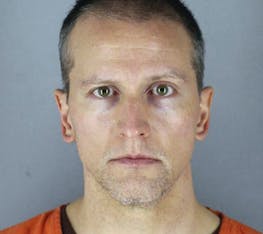 Jurors are provided information on the charges, but not copies of Minnesota sentencing guidelines or any information about possible sentences. Second-degree manslaughter is up to 10 years in prison, according to state statute.

“We believe the Court of Appeals decided this matter correctly,” said Attorney General Keith Ellison, whose office is leading the prosecution with assistance from the Hennepin County Attorney’s Office. “We believe the charge of 3rd-degree murder, in addition to manslaughter and felony murder, reflects the gravity of the allegations against Mr. Chauvin. Adding this charge is an important step forward in the path toward justice. We look forward to presenting all charges to the jury in Hennepin County.”

A legal scholar and attorney have said it could cause a delay if Chauvin’s attorney, Eric Nelson, asks the Minnesota Supreme Court to review the ruling, or, if Nelson invokes his client’s constitutional rights to a fair trial and argues that he needs more time to prepare for the added count.

“If Eric Nelson is handed — one week before trial — a new charge he has to deal with, that’s pretty difficult,” Mitchell Hamline School of Law emeritus professor Joseph Daly said in an interview before the ruling was issued. “You have to rethink almost your entire approach. You have to rethink your theory of the case. It’s like a chess match.”

Prosecutors with Attorney General Keith Ellison’s office asked the Court of Appeals in February to overturn Cahill’s decision denying to reinstate third-degree murder to Chauvin’s case. Prosecutors argued that the count should be added because of a Feb. 1 Court of Appeals decision that upheld the third-degree murder conviction of former Minneapolis police officer Mohamed Noor in an unrelated fatal shooting.

Nelson and prosecutor Neal Katyal, a special attorney for the state representing the attorney general’s office, argued the matter before the Court of Appeals Monday.

Noor’s attorney, Thomas Plunkett, petitioned the state Supreme Court to review the Court of Appeals’ Feb. 1 ruling. The high court accepted the review Monday, and said it would hear arguments on the issue in June. Nelson had asked the Court of Appeals to dismiss prosecutors’ request that it intervene in the Chauvin case since the Supreme Court was going to review the Noor decision.

It could be hard to convince Cahill that the trial should be delayed, Daly said, given all the preparations in place to start next week. The courthouse and county jail downtown are surrounded by barricades and barbed wire, courthouse staff have been cleared out for safety reasons and the Minnesota National Guard and police have been put on alert.

“If Judge Cahill thinks Chauvin can get a fair trial even with this new murder three charge, if that’s what the Court of Appeals decides … then Eric Nelson’s a big boy,” Daly said. “He knows how to change course during a trial. Something always comes up that you weren’t quite ready for.”

Chauvin had been charged with third-degree murder, but Cahill dropped the count in October, writing that the defendants had targeted Floyd and no one else.

The language in the third-degree murder statute has caused many to debate whether the charge applies only when a defendant’s actions put multiple people instead of a specific individual at risk and results in a death, or, whether it can apply when the defendant directs their attention at a single person.

According to state statute, third-degree murder applies when a defendant kills someone “by perpetrating an act eminently dangerous to others and evincing a depraved mind.” Veteran attorneys have said it would apply, for instance, to someone shooting indiscriminately into a moving train. It is commonly used to charge drug dealers in overdose deaths.

The Court of Appeals’ Feb. 1 decision upheld Noor’s third-degree murder conviction in the 2017 fatal shooting of Justine Ruszczyk Damond. The court ruled that the charge can apply when a single person is targeted, prompting prosecutors to ask Cahill in February to reinstate the count against Chauvin and add it for the first time against his co-defendants.

Cahill denied the request, stating his opposition to the Court of Appeals’s interpretation of the statute and noting that its ruling wouldn’t become precedent until after a deadline for Noor’s attorneys to petition the state Supreme Court for a review.

Prosecutors asked the Court of Appeals to overturn Cahill’s ruling and uphold its own interpretation of the law.

Prosecutors also want to add aiding and abetting third-degree murder against Chauvin’s former colleagues — J. Alexander Kueng, Thomas Lane and Tou Thao — who are charged with aiding and abetting second-degree murder and manslaughter in Floyd’s death. They are scheduled to be tried in one trial Aug. 23. The Court of Appeals has said it will schedule oral arguments on that request at a future date.

All four defendants, who were fired, are out on bond.